From San José to Santa Teresa

So it's time to kick this blog alive again after being idle for the past two years. For about 6 weeks ahead my intention is to update this blog with some posts from Costa Rica!

Me and my travel company Emilia arrived here 3 days ago after a long but quite nice journey by flight to San José.  There is not much to say about this city. We arrived late and went straight to the already booked hotel were we expected to stay for the night. The address for this hotel stated by the booking site did unfortunately turn out to be completely wrong! The taxi driver went to the location pointed out by the map only to find nothing but empty blocks! So we ended up checking in at another hotel in the neighbourhood called Alajuela. In the end we did still have a good night of sleep before we continued our trip to Santa Teresa the next day, a trip by bus, ferry and bus again, almost as long as the flight by plane from Holland to Costa Rica.

Santa Teresa is where we are now and were we will stay for upcoming weeks. We have been staying at a place called Casa Del Mar Surf for the past two days and lots of the time so far has been spent reconnaissancing the area and just getting settled a bit. 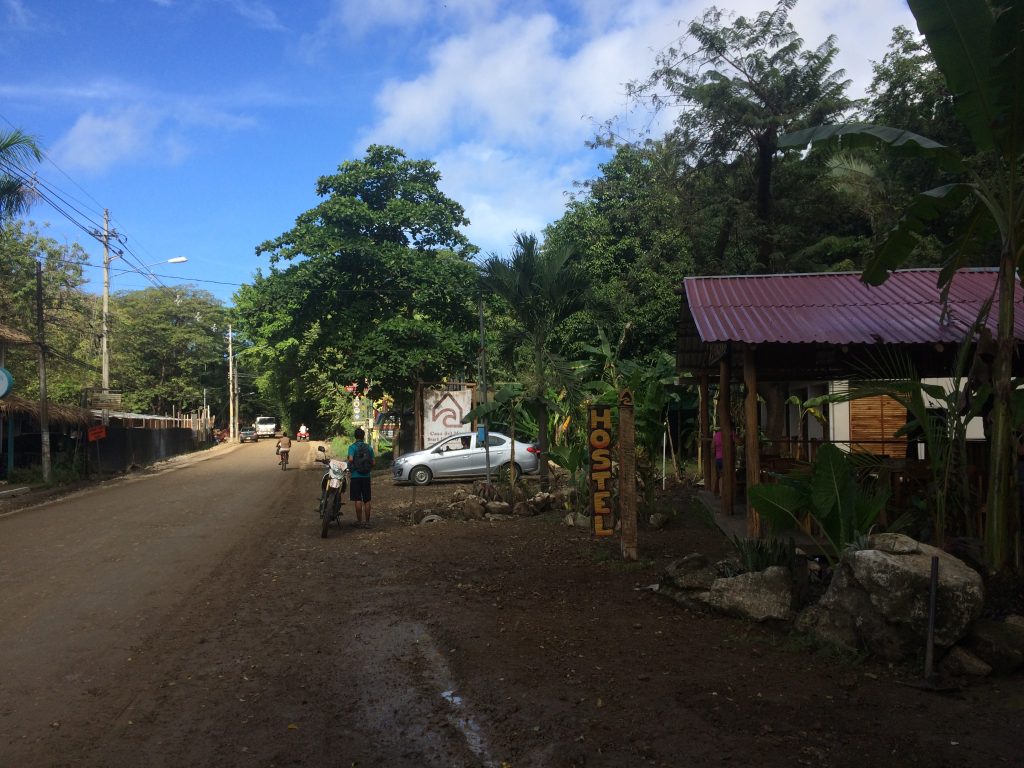 To the right is the entrance to Casa Del Mar Surf

Santa Teresa is not really a city nor a village, but a dirt road running along the western coast of the Nicoya Peninsula. On one side of the the road you have dense rain forests. The other side (the one facing the coast) consists of buildings, gardens, coconut palms and the like.

We are moving to another place today, a small apartment which will be our base for some time. I'll do my best to keep you posted with photos and things that we are up to. I brought my system camera, but it seems like I forgot the smaller objective at home when I packed in a rush. The objective I have now is not good for landscape photos, but better for capturing animals and stuff. Hopefully I'll be able to take some good shots!

Gotta, pack down and leave for now. Hasta luego!

One Response to "From San José to Santa Teresa"