Mirissa – on the country side

I have finally recovered from my cold. For once it didn't take like two weeks, but only 5 days, so I´m happy about that =)

These days spent for recovering haven't been to exciting since I mostly spent them just chilling in the shadow. I did however go for a long slow walk yesterday, probably around 2-3 km or so straight into the country. Mirissa itself is very touristic, but more genuine areas are obviously waiting around the corner. I was quite surprised to see that the wildlife started only a few hundreds meters from the busy main road in Mirissa, almost like going on a safari! I spotted one wild bore, three pea cocks and several other to me unknown birds and last but not least around 50 monkeys. Then of course dogs, cows, squirrels etc... the kind of mammals you see everywhere in this country.

I have also taken the opportunity to learn some sinhalese, the native language in Sri Lanka. My vocabulary now extends to about a dozen words. I know, not very impressive, but it's enough to at least greet the locals here who always shine up extra much when you say something to them in their own language =) Overall, the locals are super friendly and welcoming. A fact that ways up for some of the less good things about this country, such as the garbage and the maniacs that drive on the roads. Regarding the garbage the locals have found their way to get rid of them in an easy way, but not very environmentally friendly, they burn it! Every day small fires and smoke are seen on the backyards the locals houses. 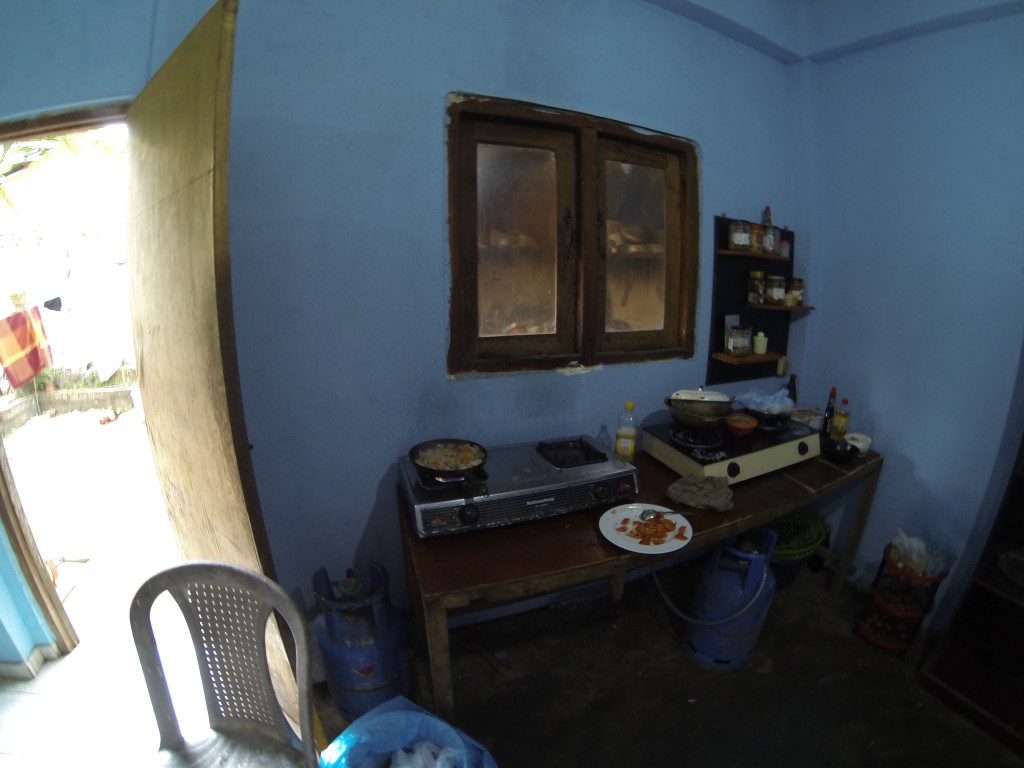 The kitchen where I cook my food 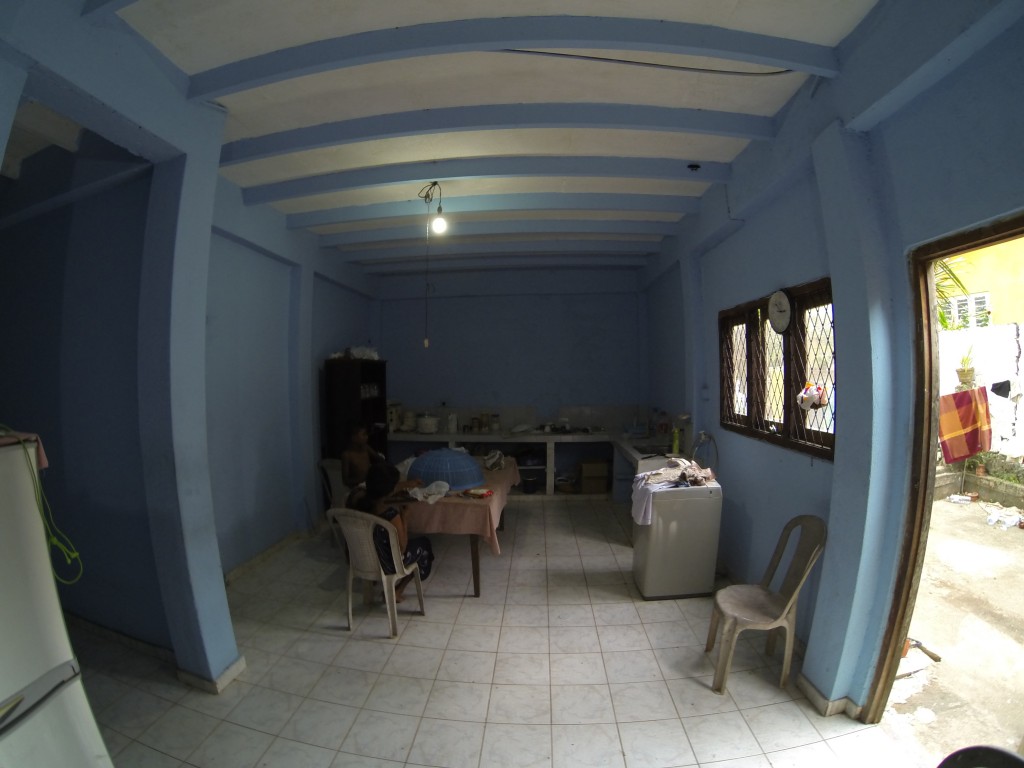 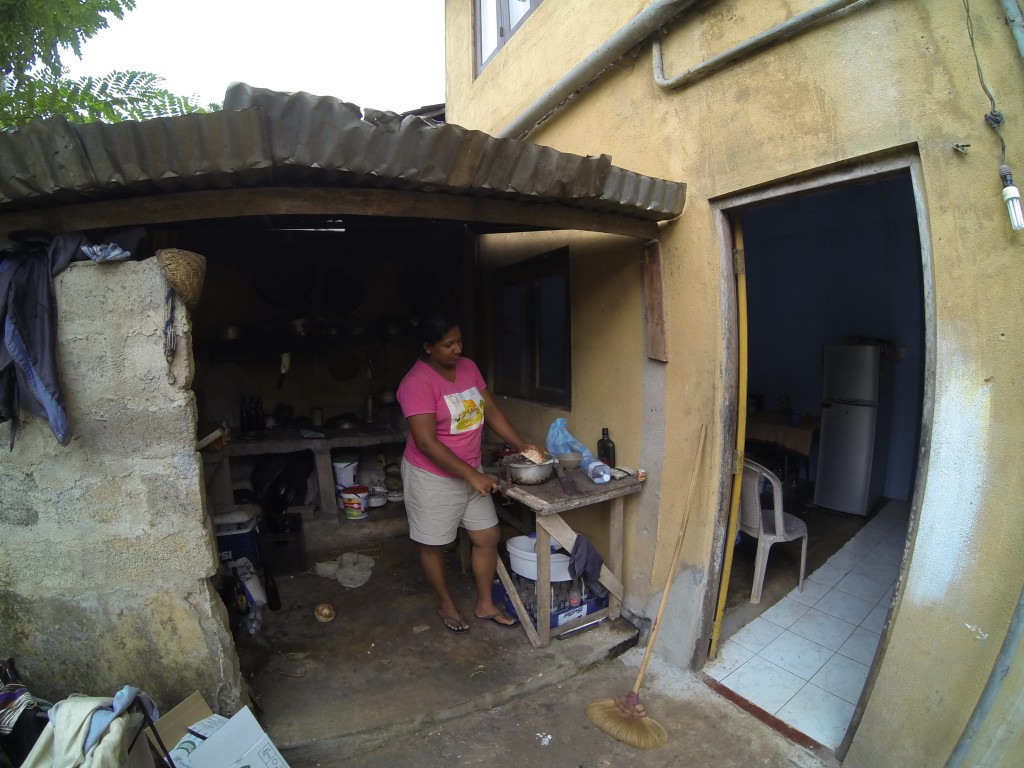 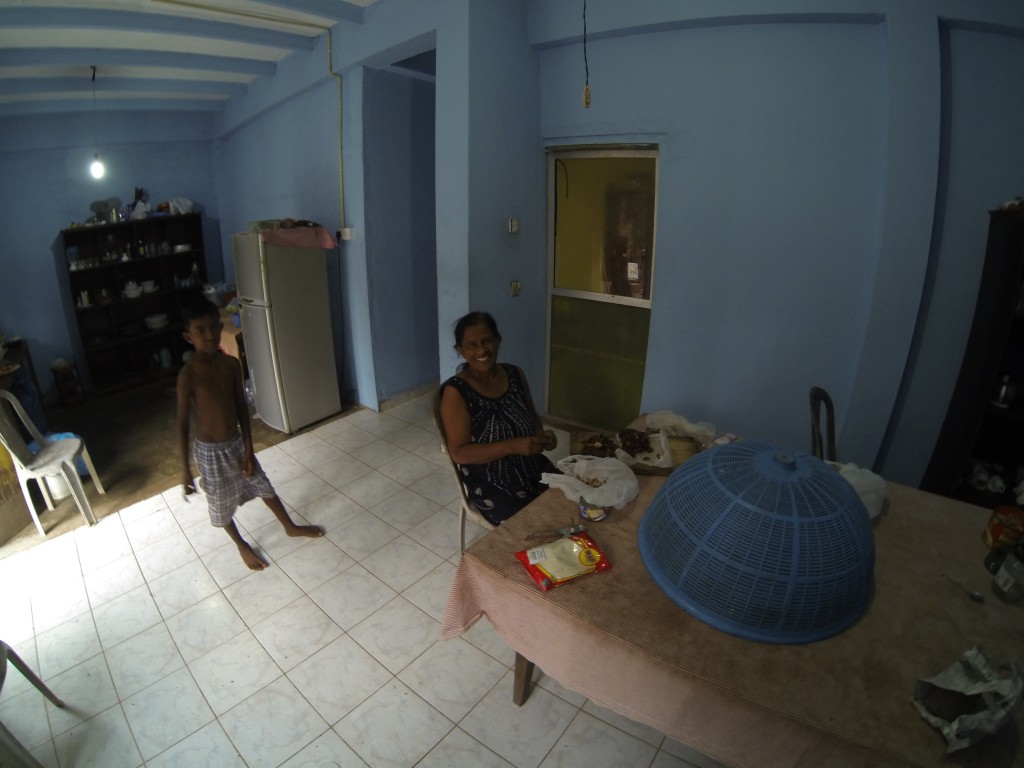 Look how clean the table cloth is... 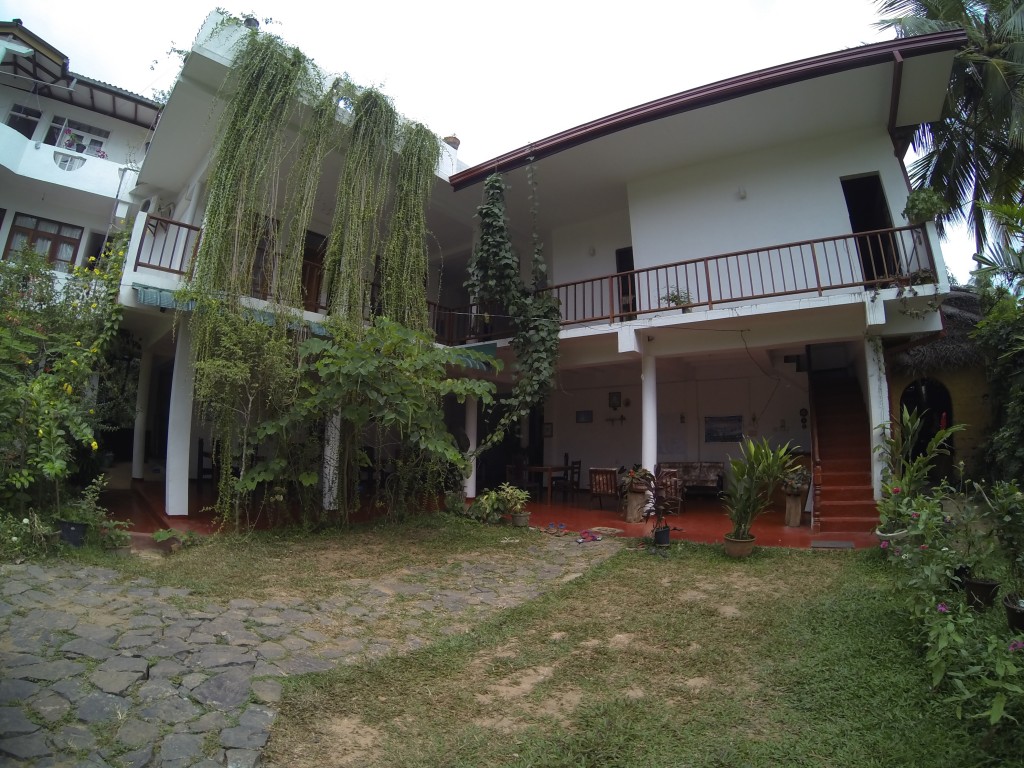 Here are some other photos from the garden where the host of Mount Garden grow all kind of vegetables. 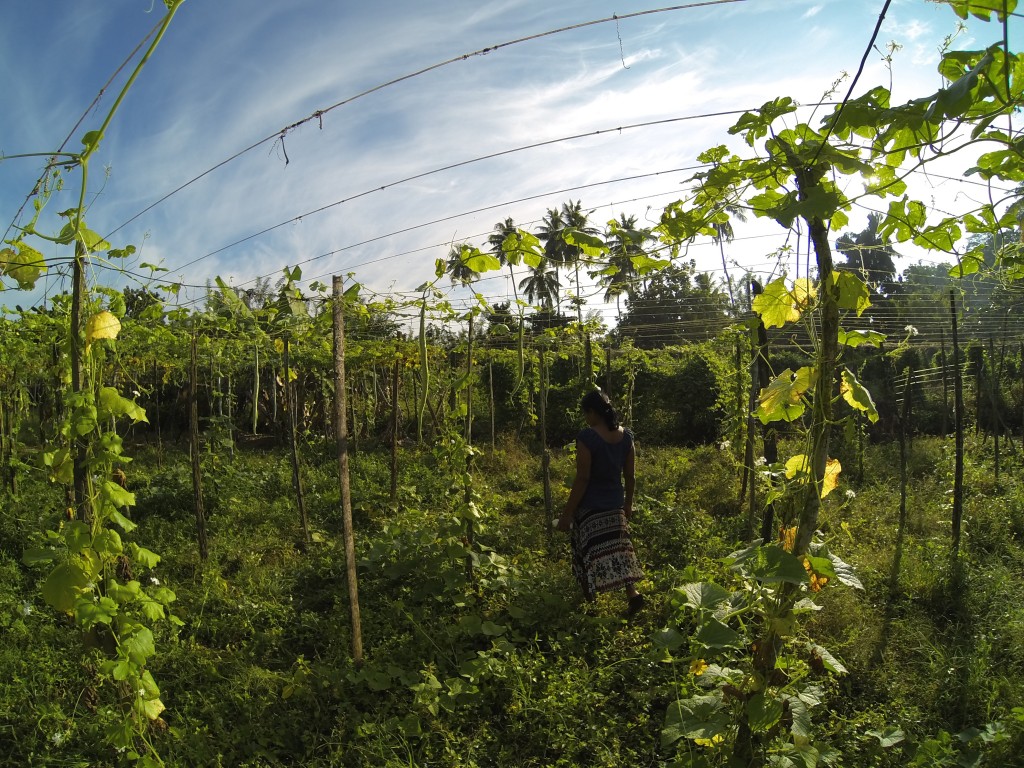 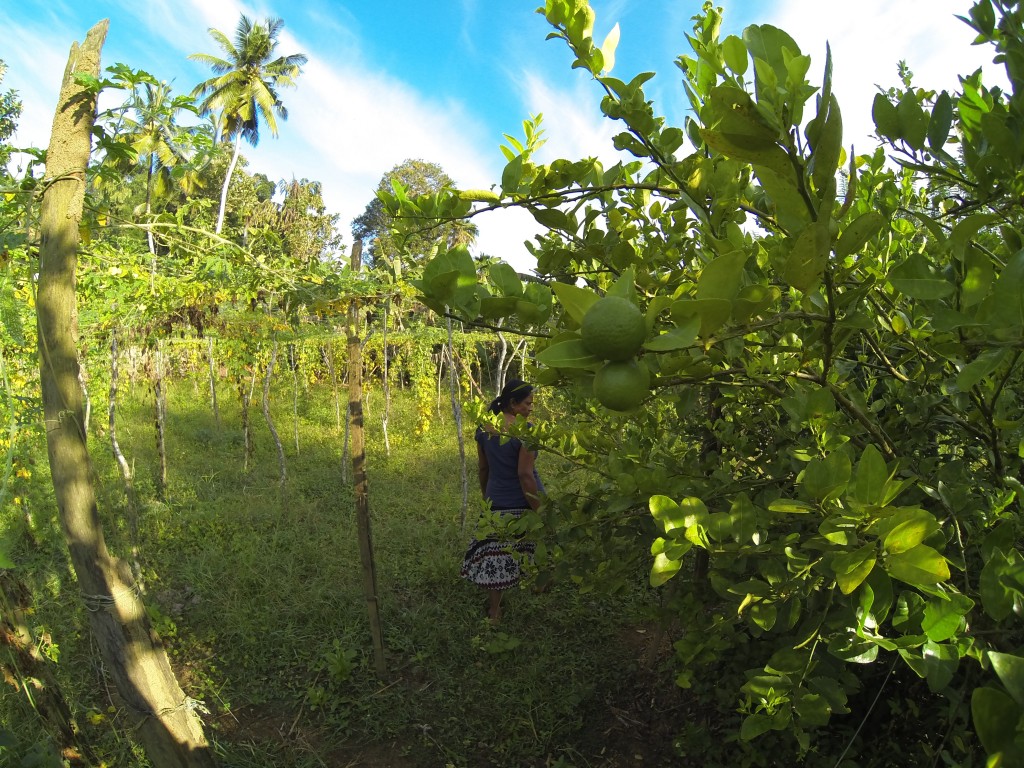 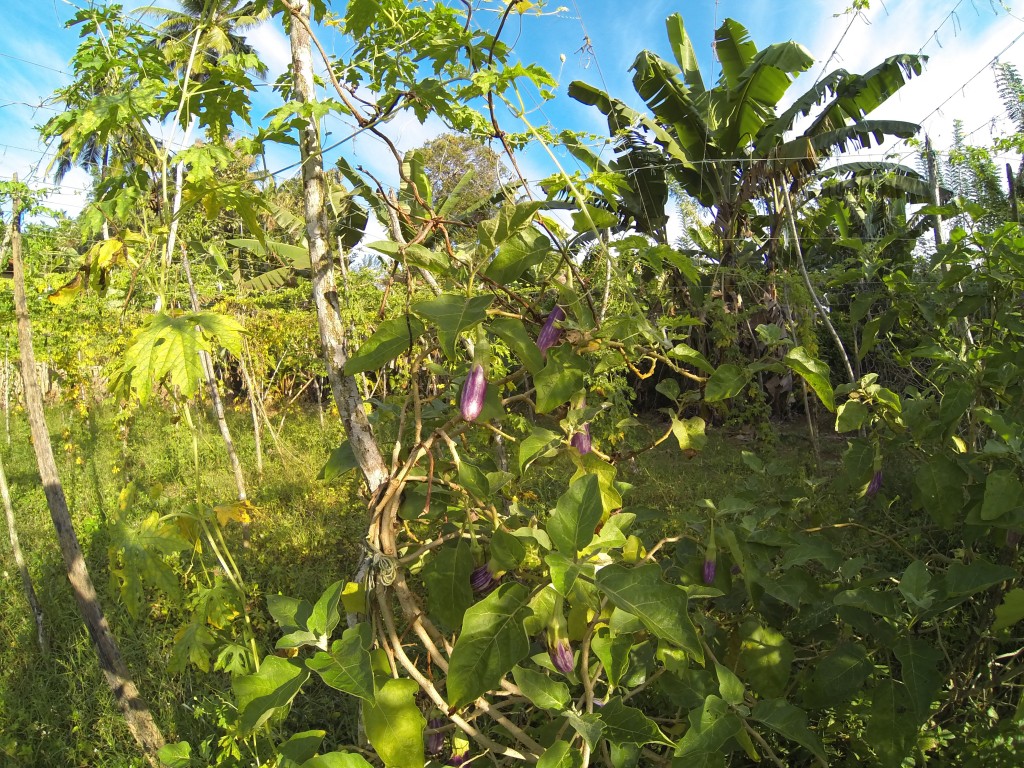 Lime is of course essential so one can make mojitos! 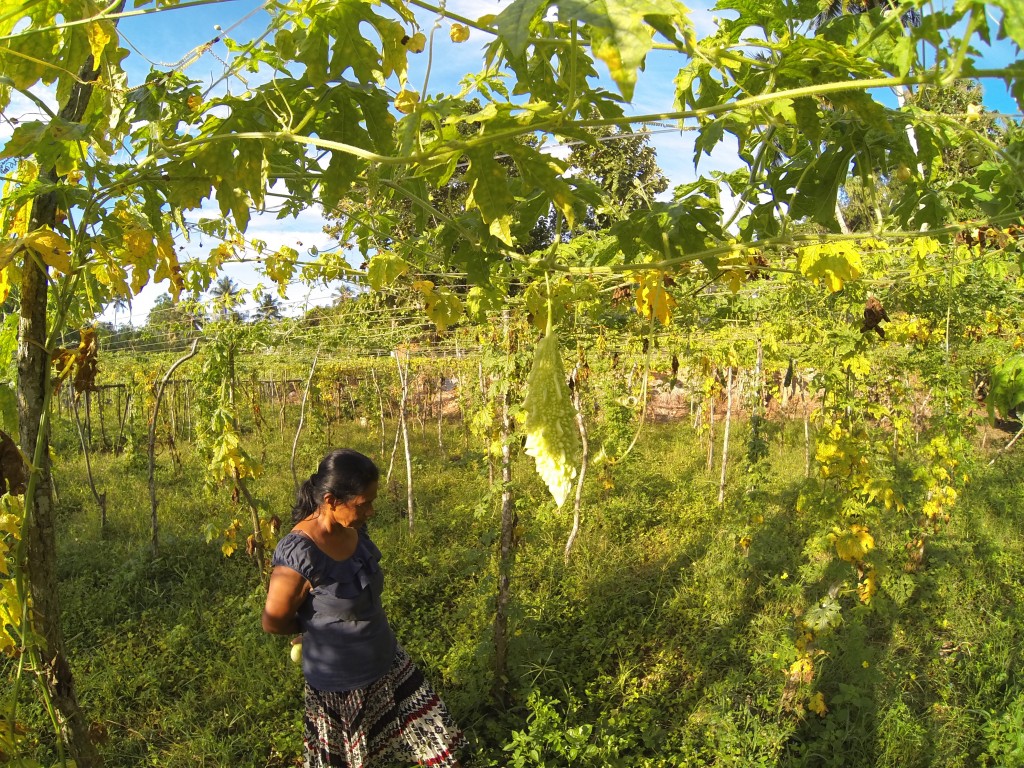 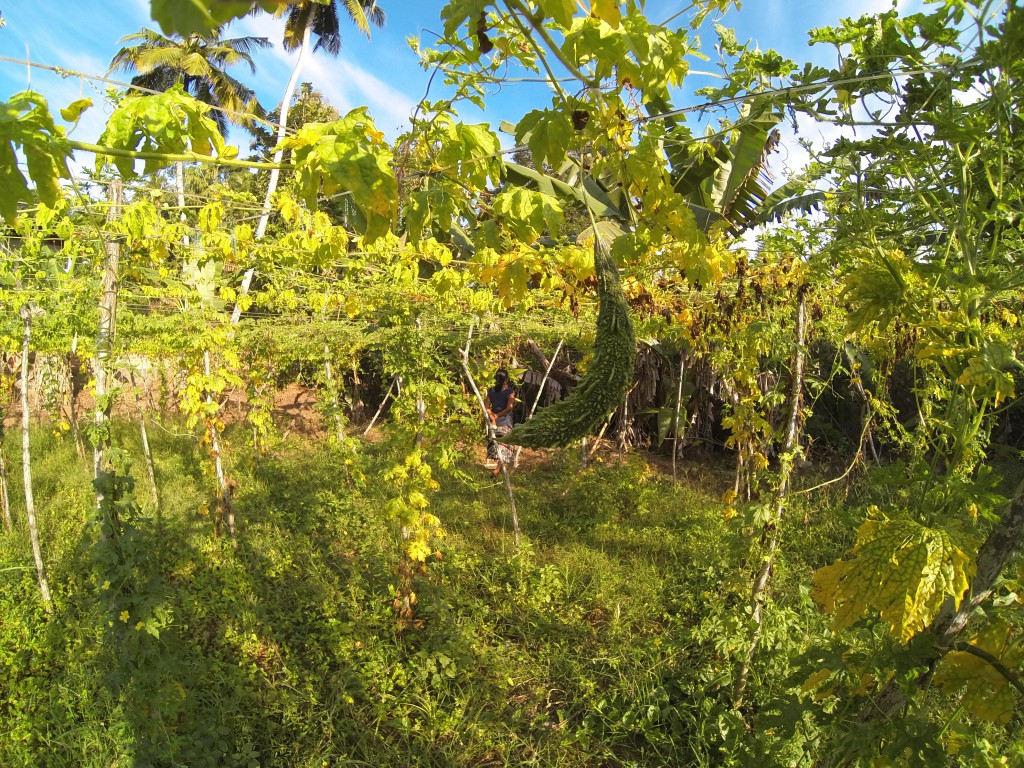 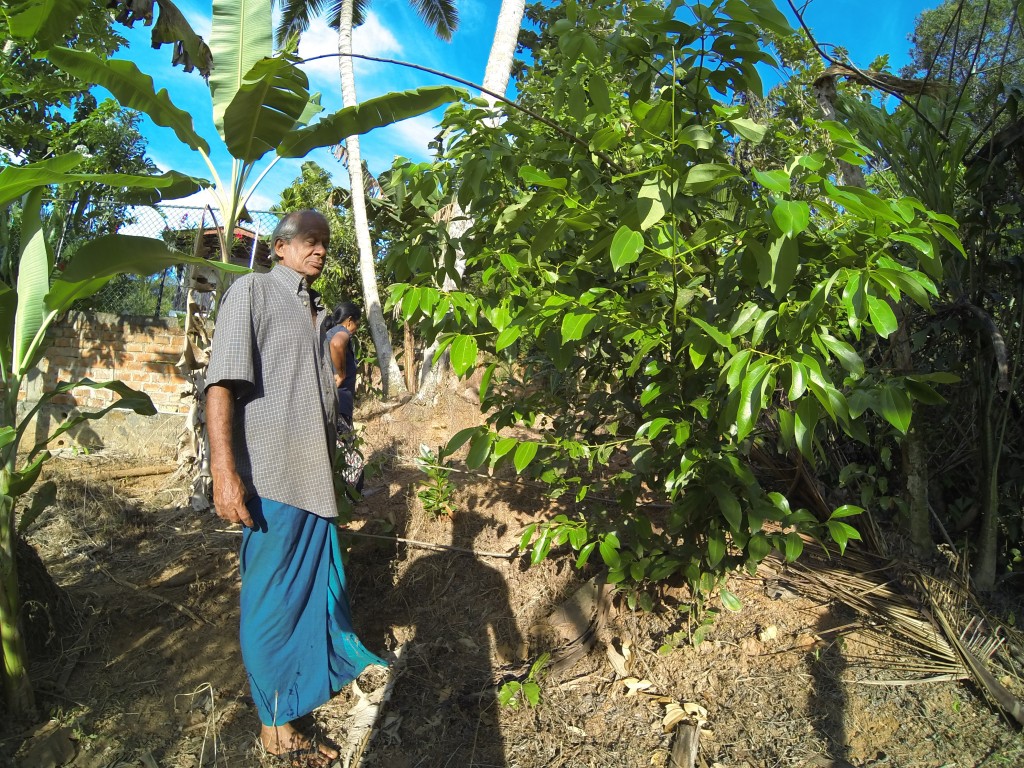 This is a small cinnamon tree 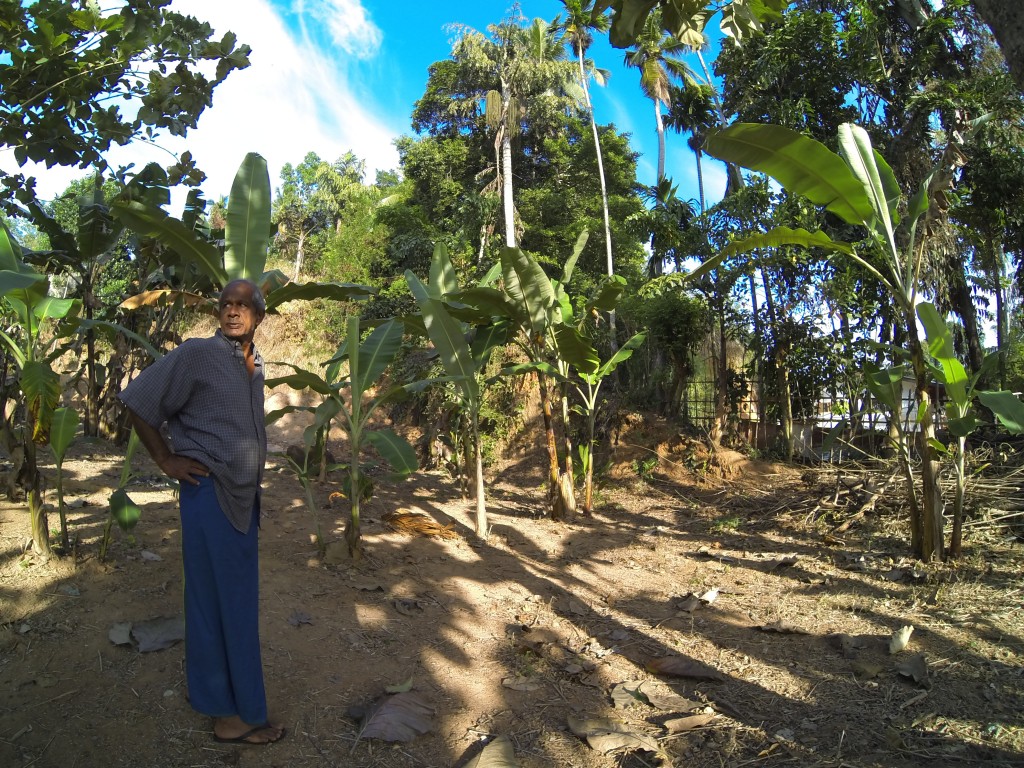 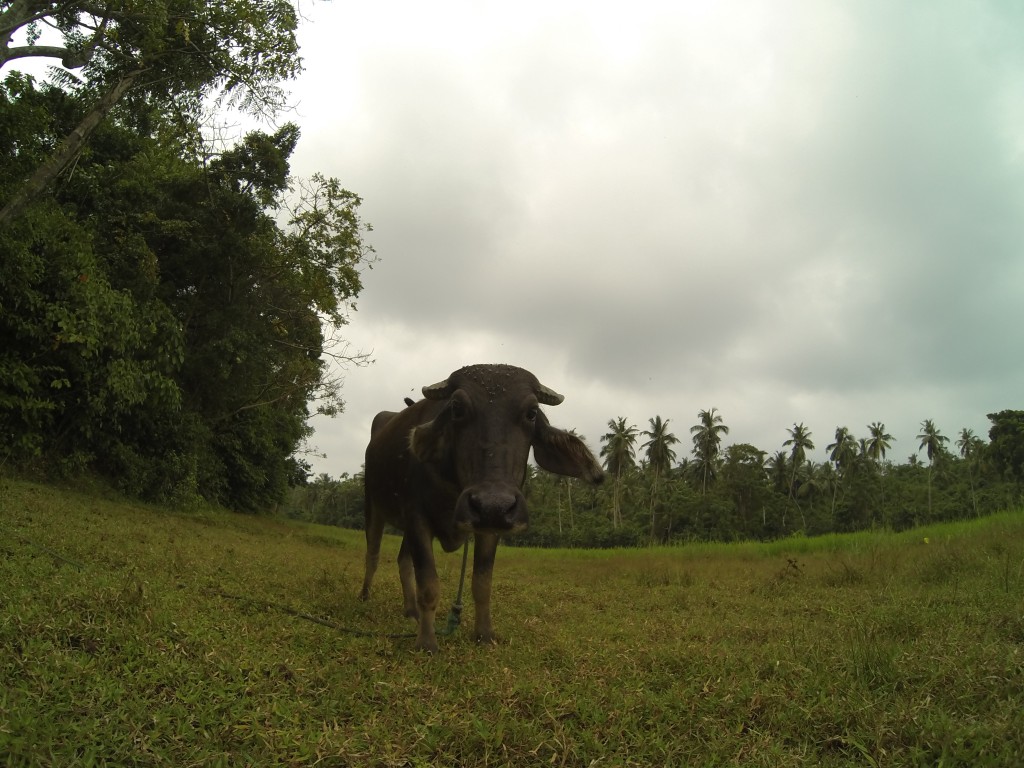 I met this fellow during my walk on the country